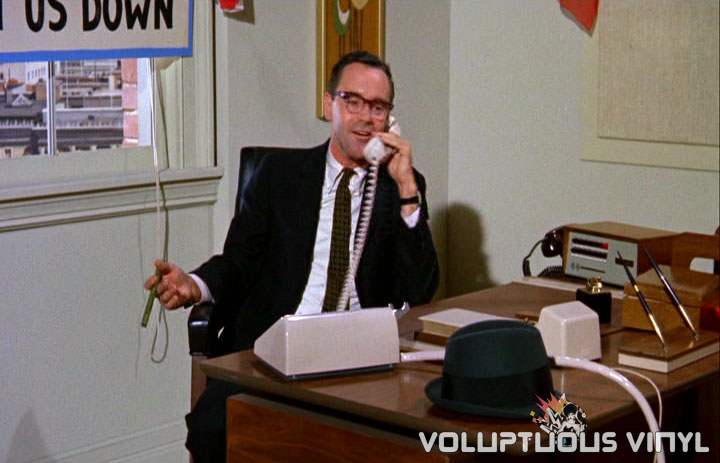 For decades Hollywood has found humor in placing a wholesome character in precarious situations.  Such is the case with Good Neighbor Sam, a film about a wholesome family man named Sam Bissell (Jack Lemmon) whose quiet, mundane life is about to be turned upside down. 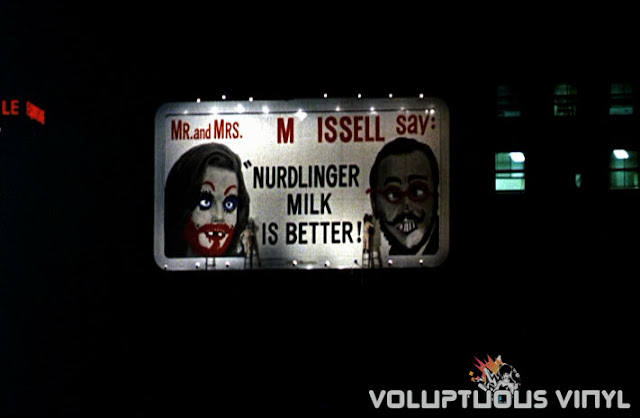 Sam Bissell's been working in the art department of an advertising company for years with no promise of a promotion in his future.  Ironically the same day he decides to ask for a raise is the day his company promotes him to head one of their biggest advertising clients, Nurdlinger Dairy.  The owner, Simon Nurdlinger (Edward G. Robinson) is about to take his business elsewhere when he's sees the sexed up ads the company has prepped up to advertise his dairy products.  So in order to keep one of their most wealthy clients they have to find a man within the company that meets Nurdlinger's requirement of a clean, wholesome family man, and Sam's the only one that comes to mind. 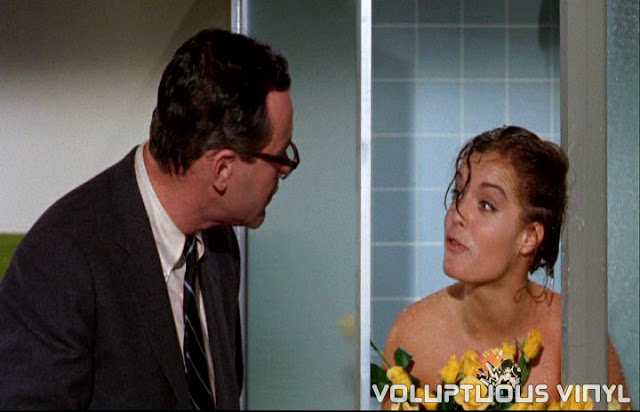 Things seem to be finally be looking up for Sam until his wife's best friend (Romy Schneider) moves in next door and learns that in order to receive a 15 million dollar inheritance from her recently deceased grandfather she must be married.  Unfortunately she recently divorced her husband, so Sam gets sucked into playing the role of her husband when a couple of snoopy cousins come hunting around for their cut of the inheritance.  Now good old wholesome Sam Bissell has to balance a real and a fake marriage until the inheritance is paid, only he's putting his job, marriage and his professional image on the line if people begin to suspect he's fooling around, plus his wife's friend could lose the 15 million if the cousins discover the marriage is a sham! 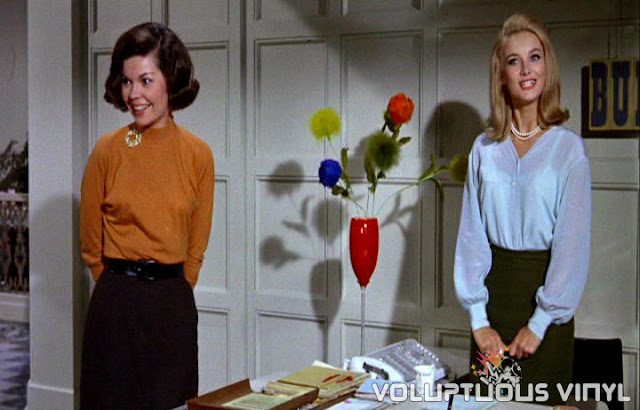 Good Neighbor Sam is an entertainingly quirky little comedy, absolutely ridiculous but fun none the less.  Jack Lemmon plays the character wonderfully and it's definitely a must see for any fan of Lemmon or Schneider.  For Barbara Bouchet, out of all the un-credited roles thus far this is the best and longest on screen appearance.  She plays one of the secretaries of the advertising company Sam Bissell works for and greets the men in the morning as they arrive to work on two separate occasions.  So far Good Neighbor Sam easily tops our favorites in the early (and brief) appearance years of Barbara Bouchet.

When it comes to giallo films there's a handful of titles that stand out as the most notable and recognizable in the ...
Read More
Share 0 Tweet 0