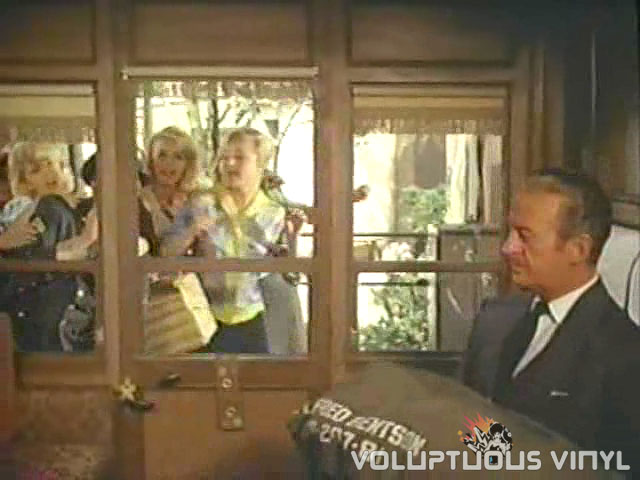 In the age of remakes and reboots it's odd when you realize Hollywood has been remaking films a lot longer than simply the last few decades.  When venturing back forty-seven years to a relatively unknown film it's surprising to find out it was later remade!  Yes, Hollywood has been hurting for ideas for a lot longer than you realize when they end up remaking an average comedy called Bedtime Story and calling it Dirty Rotten Scoundrels twenty-four years later. 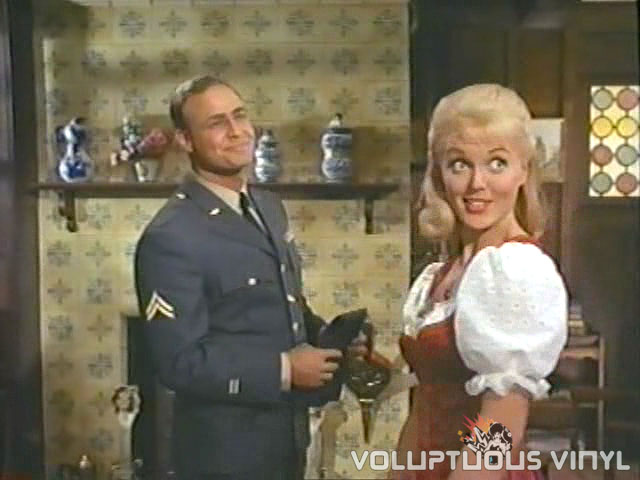 Bedtime Story stars Marlon Brando and David Niven as two professional con-artists.  Brando (Freddy Benson) is the small time crook, serving in the army and pulling his cons on the unsuspecting women of Germany for a meal, a small amount of money, and a possible "roll in the hay".  Niven (Lawrence Jameson) deals with the higher class clientele, posing as a widowed Prince he cons rich women out of their jewels using the cause of his poverty stricken country as a guise of pity.  When Benson gets careless in one of his cons he's lucky enough to escape the army unscathed and end's up on a train to the French Rivera where he meets Jameson.  The two are unaware they're about to be competitors in their craft. 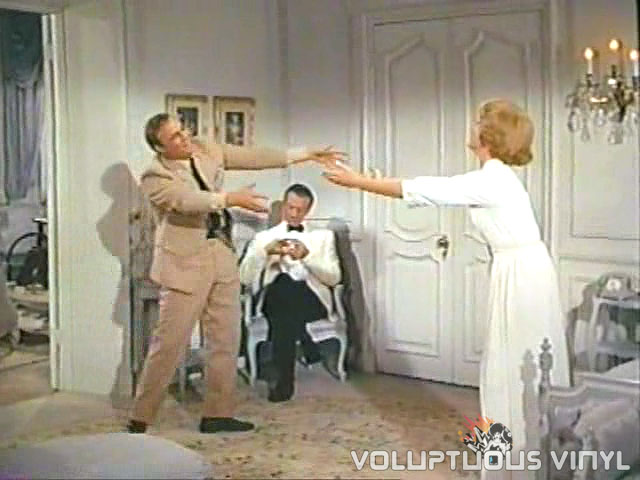 When Jameson learns Benson is on his way to his home turf of the Rivera he attempts to divert him to a different location, but Benson proves to be smarter than he looks.  Once Benson realizes Jameson is a con-artist as well, and is raking in the money he moves in to take a piece of the action.  But one town is too small for two men of this profession, the two attempt to form a partnership but it doesn't work out well, finally they agree to a competition, the first to get $25,000 from an agreed upon target gets to stay.  Young Janet Walker (Shirley Jones), a supposedly wealthy owner of a soap company, is their target.  The two spend the rest of the film trying to outwit one another with their dastardly schemes. 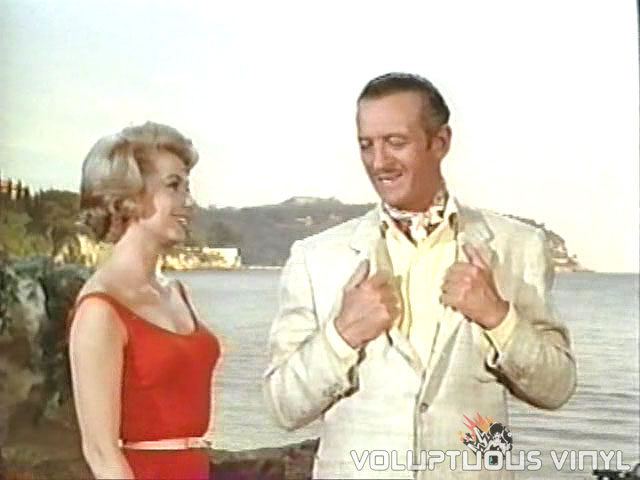 Having never seen Dirty Rotten Scoundrels with Steve Martin and Michael Caine I pulled up the trailer and from that alone can say it's a carbon copy of Bedtime Story.  Everything in the trailer is for the most part in this film, yet Dirty Rotten Scoundrels looks to be a whole lot campier.  Bedtime Story isn't bad, although Marlon Brando seems a little out of place during some of the film's cheesier moments, as he's more well known for his serious roles.  David Niven and Shirley Jones on the other hand fit quiet well into mix as the story is no real stretch from their usual endeavors.  The comedy is obviously dated, but for the most part still holds up, although after a while the same shtick gets a little old.  Also I found the ending to be a little out of the ordinary as both characters magically seem to find some sort of moral conscience, which seems unlikely, but I realize this is the happy ending 1960's. 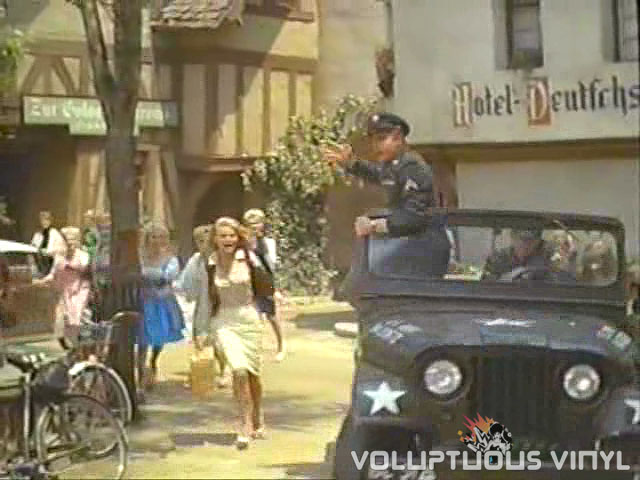 And since this review is part of our Barbara Bouchet film series it's only right to make mention of her even if her role in the film is seemingly unnoticeable without the power of freeze frame technology.  Her role as un-credited "German Girl" is probably her shortest on screen role, lasting maybe a combined one second at best.  She's the girl in the foreground of the picture above running after Brando's character as he hops the train to the French Rivera, pausing within that scene is the only possible way to pick her out.  She gets another split second of screen time peering into the train car at Niven (see the first picture in this review). Still aside from my main reason for watching this film not bearing much fruit, Bedtime Story is a decent little comedy that ended up spawning a more recognizable copy twenty-four years later.  If you're a fan of the remake it might be fun to check out the original, though I doubt there's a whole lot of difference aside from a noticeable difference in the level of camp.

Strap on your sidearm, light up your cigarette, slap around a few prostitutes, and be hypnotized by the writhing of B...
Read More
Share 0 Tweet 0