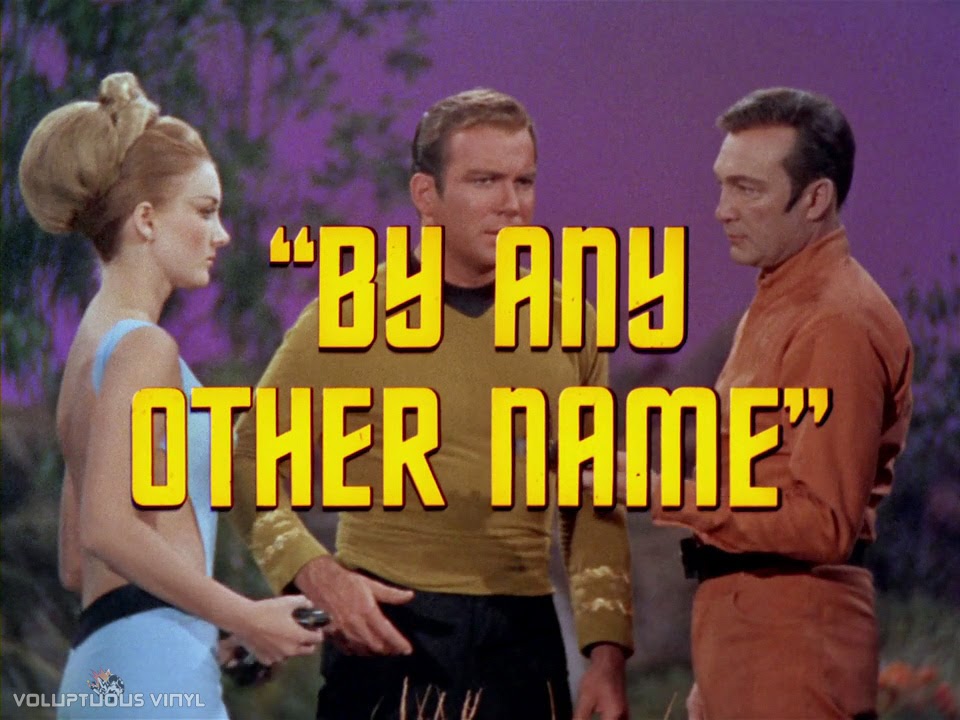 Star Trek rounds out Barbara Bouchet's final American television appearance before heading off to Italy and becoming a cult sex symbol.  Her role as Kelinda, the svelte emotionless space alien, is a role, along with Moneypenny in Casino Royale, that she is most well known for among American audiences to this day. 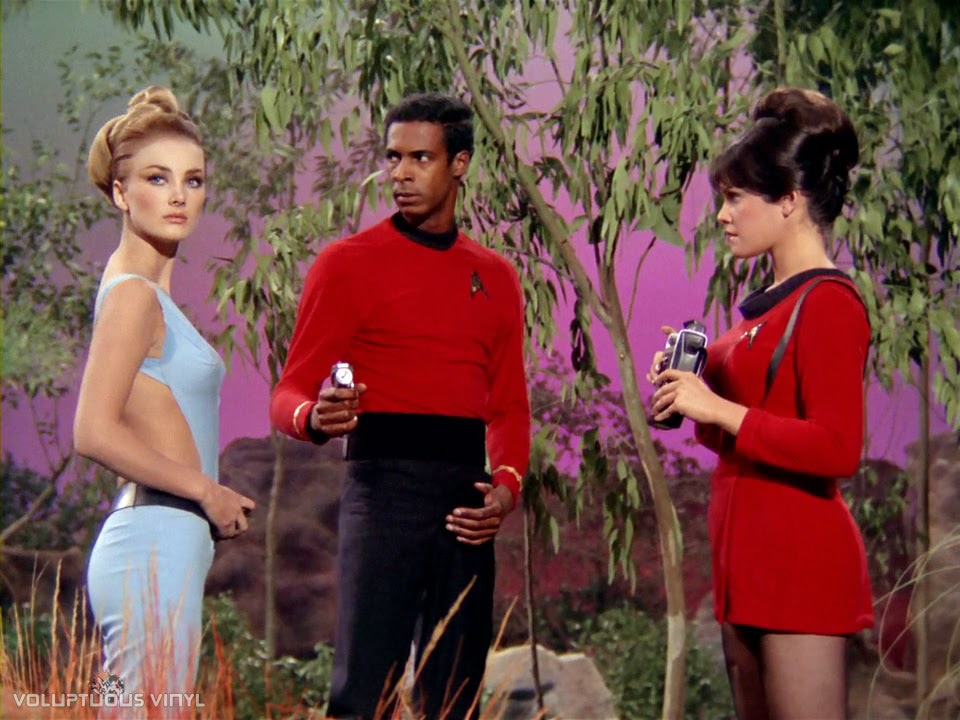 In responding to an alien distress call, Captain Kirk, Spock, Doctor McCoy, and a couple expendable "red shirts", beam down to a planet only to have their shipped hijacked and be taken prisoner by a group of aliens who have taken human form in an attempt to return to their home in the Andromeda galaxy which was abandoned by their ancestors thousands of years ago. 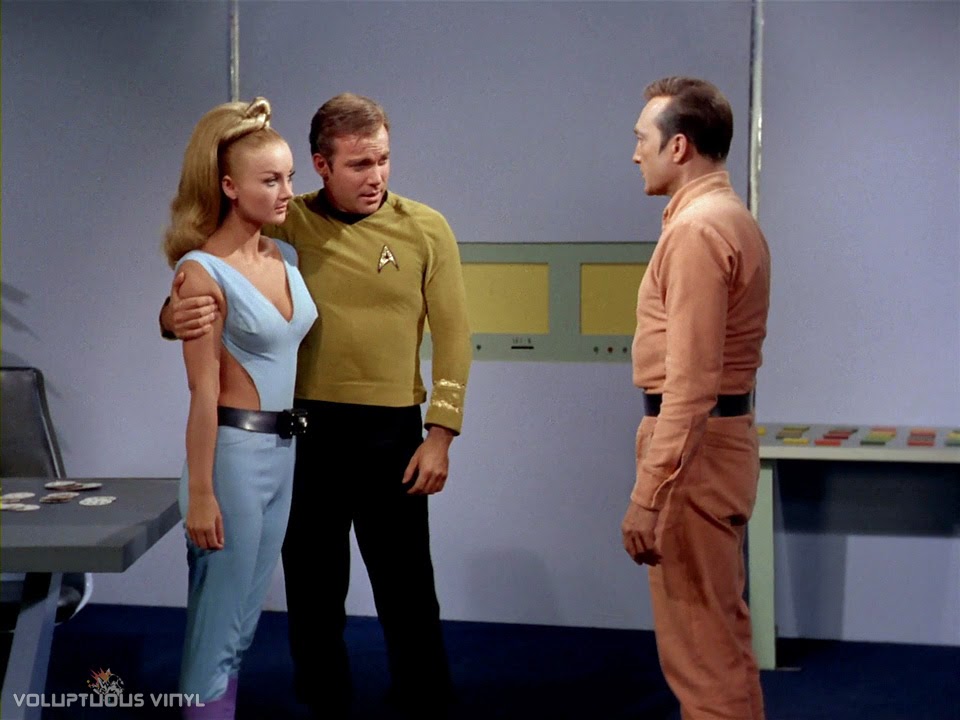 With the advanced technology to paralyze and restructure the human body into a cube of salt, Kirk and the Enterprise crew are left seemingly defenseless, destined to spend the rest of their lives as captives to a alien race who are about to force them on a journey that will take generations to complete.  But the aliens unfamiliarity regarding the human experience may give Kirk and the crew the edge they need to regain control of the ship. 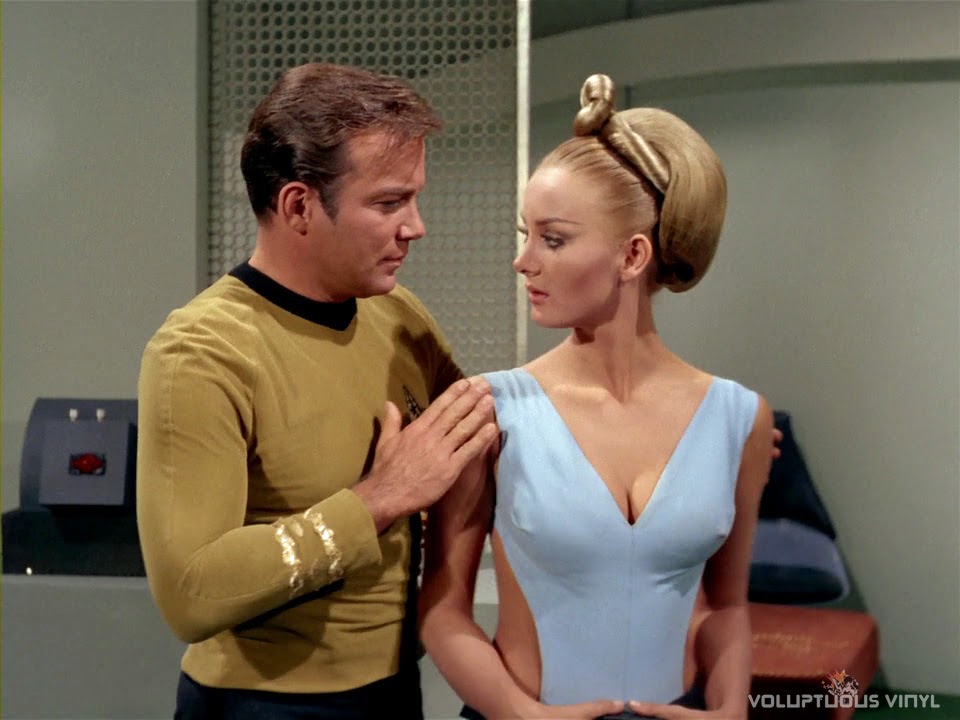 Barbara Bouchet plays Kelinda, the gorgeous yet cold alien whose curiosity for the human behavior leads her to fall for Kirk's advances and becomes the catalyst for regaining control of the Enterprise.  While it has been interesting watching Barbara in a various array of genres during these television guest appearances, as I've been constantly repeating, the characters she portrays all seem to be very similar.  But at least Star Trek definitely takes the win when it comes to costume design and accentuating Barbara's physique. 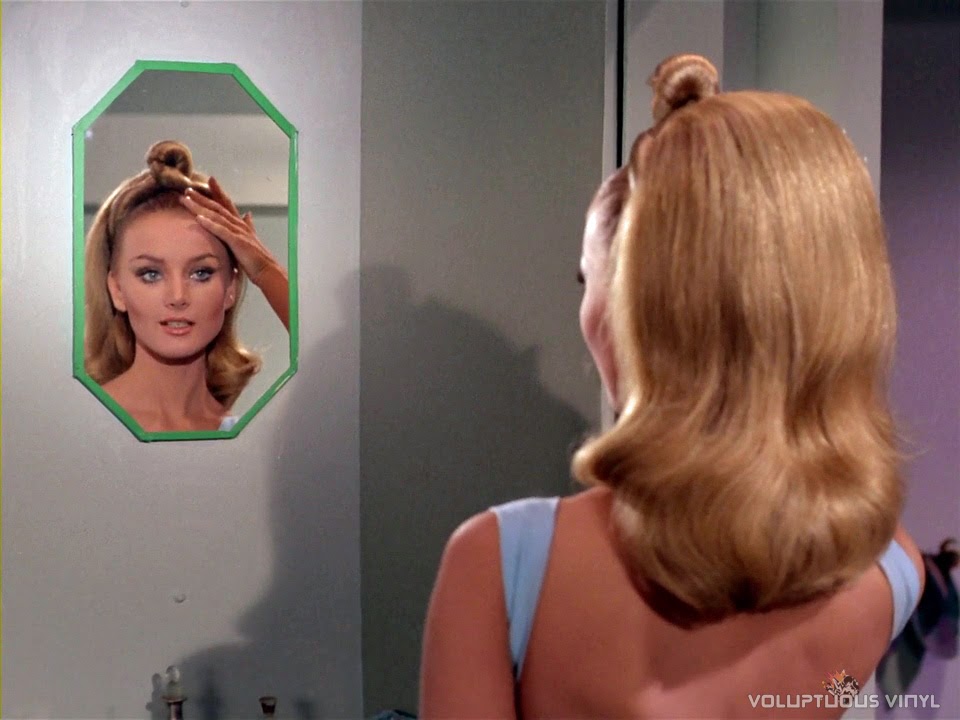 Ironically while overseas Bouchet is recognized for her film career, in the United States she is most famous for her small part in Star Trek. In a more recent interview she said that people still come up to her to this day and associate her with the series.  For me, By Any Other Name is an average Star Trek episode and nothing overly special in comparison to Bouchet's other television appearances.