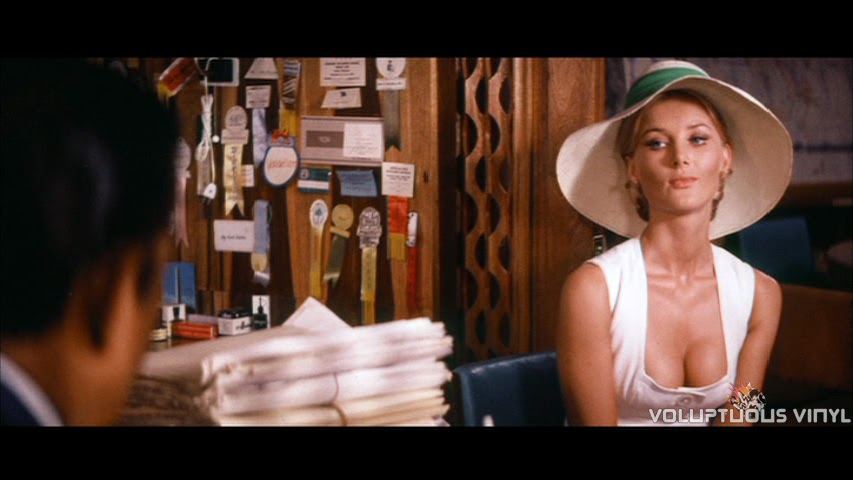 Stoney or (The Surabaya Conspiracy) marks Barbara Bouchet's first starring role in a film.  She plays Irene Stone, a woman who travels to war torn Surabaya, Philippines with the hope of recovering a wealth of treasure hidden in a vault under the town Commissioner's swimming pool.  Filmed during the time period in American B-movie history where it was extremely popular to make films in the Philippines (because it was so cheap) Stoney suffers from a story so full of plot holes it might as well be Swiss cheese. 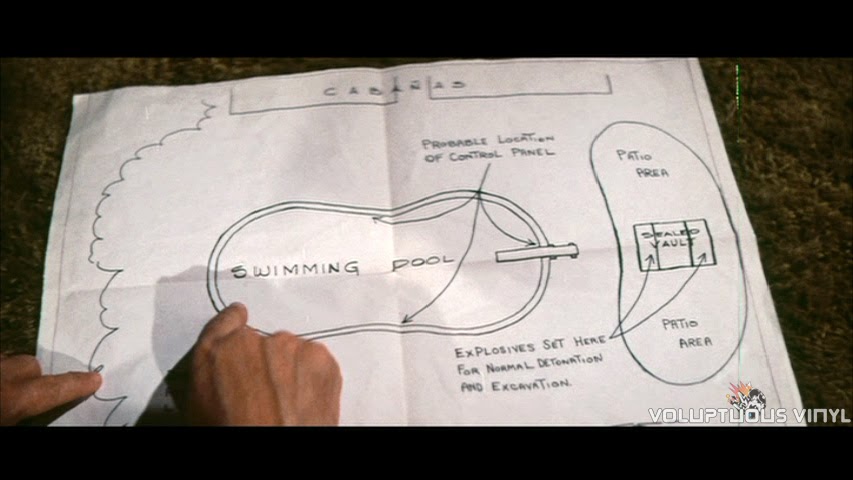 I've seen plenty of low budget films and watched my fair share of stinkers but Stoney certainly takes the cake as one of the worst.  There are so many continuity and plot issues it's impossible to keep track of what's going on, and when the writers attempt to provide any sort of explanation it only adds to the growing confusion.  How did this treasure end up under the Commissioner's swimming pool?  How come everyone seems to know about it except him?  While the film addresses how to access the treasure, Irene never seems to be to that intent on actually recovering it, while she sets up transports for it under the guise of exporting tea it's never indicated whose actually going to retrieve it for her.  And why was there dynamite already setup under the pool inside the vault, it's even indicated on their "treasure map"! 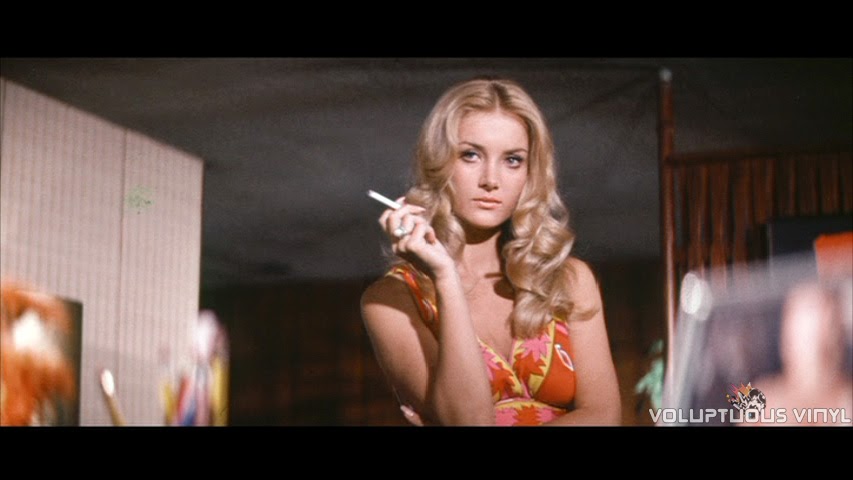 Character relationships also make absolutely no sense in Stoney.  In the beginning of the film some form of relationship is insinuated between Irene and Harvey Ward (Michael Rennie), the supposed mastermind behind the plan to recover the treasure.  Ward's the one who informs her of its existence, and indicates the ring he gave her is the key to the vault.  He says it would be too suspicious if he went to recover it so she offers to go, but he says she's too important to him; the next scene she's on a plane to Surabaya!  Did I miss something? 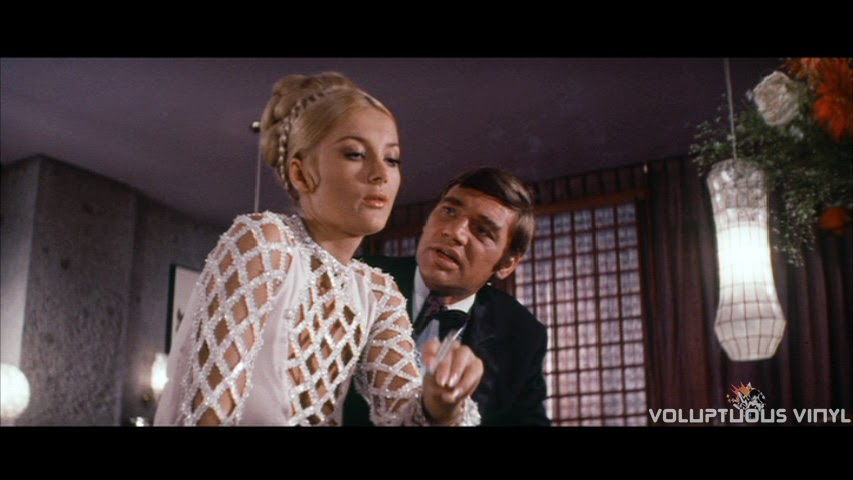 Michael Preston plays an Aussie by the name of Steven Blessing who seems to be covertly working against Ward, who's a good friend of the Commissioner, but is also interested in stealing the treasure, so how good of a friend is he really?  Irene seems to be completely disgusted with Blessing most of the film, then all of a sudden out of the blue sleeps with him!  Never an indication why the change of heart. 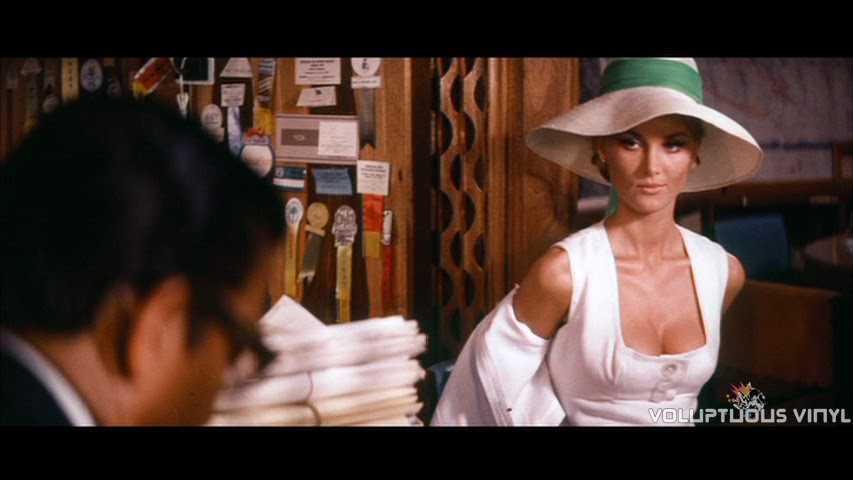 On-top of the story, the editing is so awful that half the scenes on the DVD release are not even in the right order!  I'm not certain whether this is how this version of the film was actually released in the US and the studio producing the DVD didn't bother fixing it, or they simply messed up.  About fifteen minutes in Irene arrives in Surabaya and goes to introduce herself to the Commissioner to ask for his assistance in transporting tea (which is her cover for transporting the treasure).  Her meeting with the Commissioner and the twenty plus minutes that follows show up more than halfway into the film.  Which leads you to watch a story that randomly jumps ahead for no apparent reason to Irene and the Commissioner visiting the tea plant and then forty-five minutes into the film she's meeting the Commissioner for the first time.  I also watched the original version (that was only released on VHS), entitled The Surabaya Conspiracy, this version appears to be edited correctly, but ironically it didn't make the film any better!  Proving when a script is so poorly written you can scramble all the scenes up and it makes no difference! 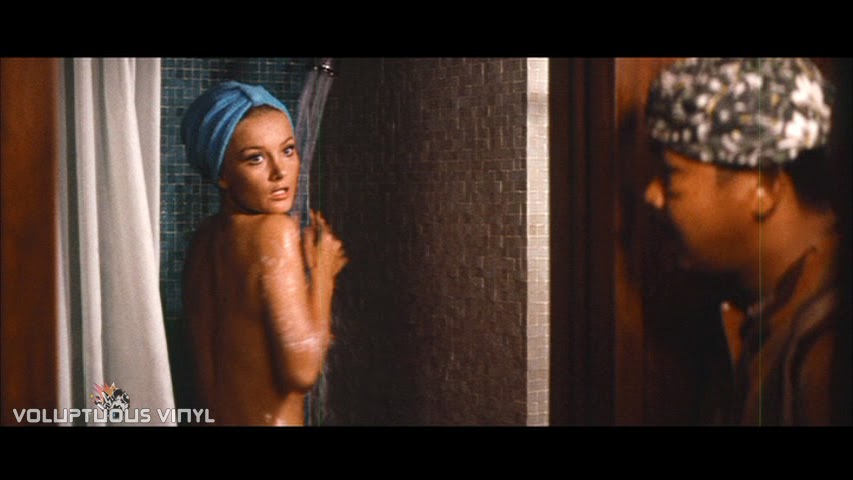 Overall, there's no sugar coating how horrible Stoney is.  You come to expect low budget, bad acting, and outlandish story-lines from B-movies, but when the story is this non-cohesive it leaves you scratching your head rather than entertained.  It's a shame because there definitely was potential here, and considering the film is based off a book it's baffling that the writers couldn't do a better job than this when the whole story was already laid out for them.  The one, and only silver lining in this film, and the reason I gave it the the higher score I did is Barbara Bouchet.  She provides a barrage of eye candy, and the video quality of the DVD transfer is the best out there for this film, and that beauty is well displayed. 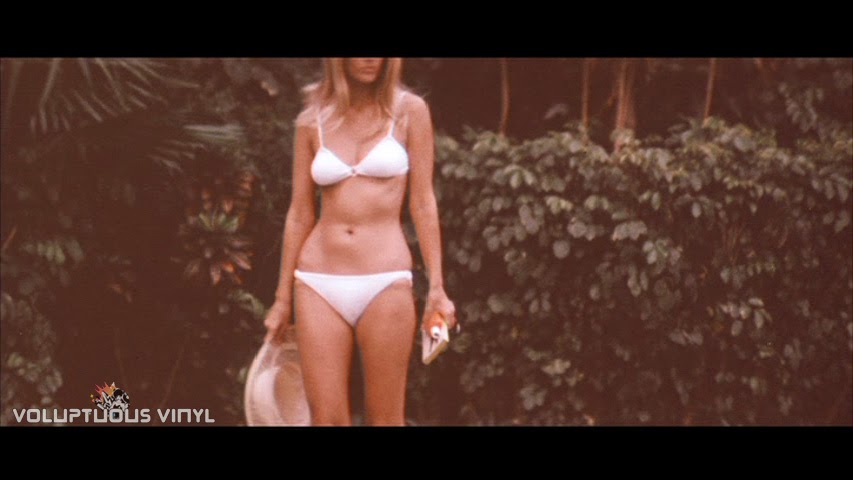 Stoney is a film I can only see a Barbara Bouchet fan truly enjoying, and the fact she has a starring role and major screen time is the only thing that makes sitting through this worth it, and I should know, I watched two different edits!  Still even though it is a complete mess it's better than watching any of the Shirley MacLaine movies she appeared in for a few seconds.