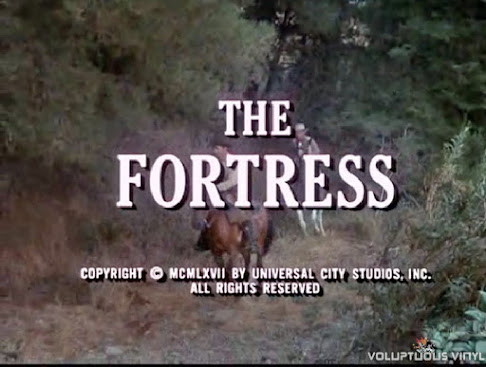 The 1960's were they heyday for TV westerns: Bonanza, Rawhide, The Wild Wild West, Gunsmoke, The Rifleman, and likely a slew of countless others that ran throughout the 1960's but were never popular enough to warrant syndication.  One of those was The Virginian, a show I'd never heard of before that ran for an amazing nine seasons!  Supposedly the series was the third longest running western behind Bonanza and Gunsmoke, and was the first 90 minute western series.  James Drury played the lead character by the name "The Virginian", a Wyoming ranch hand foreman. 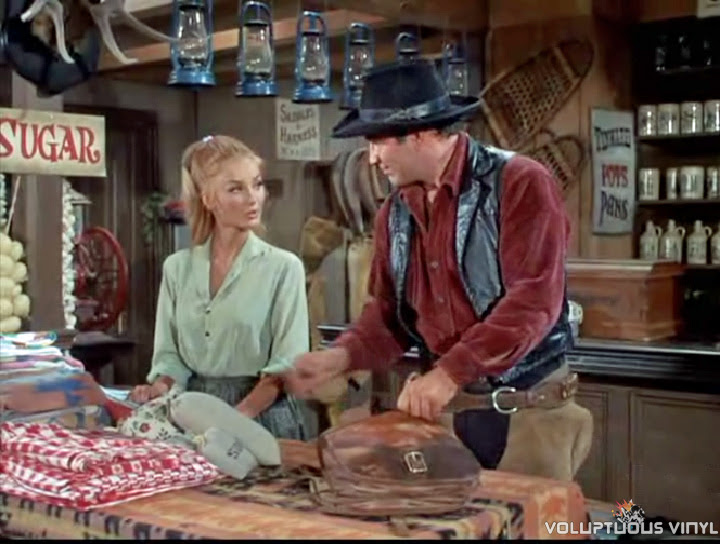 The Fortress takes The Virginian off the ranch and sends him to Montana, where he's to exchange a herd of cattle for $100,000 with a wealthy Canadian land owner by the name of Winthrop (Leslie Nielsen).  Winthrop writes him a check, which The Virginian exchanges at the bank for a bank draft.  Moments later the bank is robbed (by Winthrop's men) and the bank draft is therefore worthless.  The local authorities will do nothing to help recover the stolen funds as Winthrop has fled back to Canada, leaving The Virginian to take matters into his own hands.  The only problem is Winthrop owns his own town, and everyone is either too scared or too loyal to go against him. 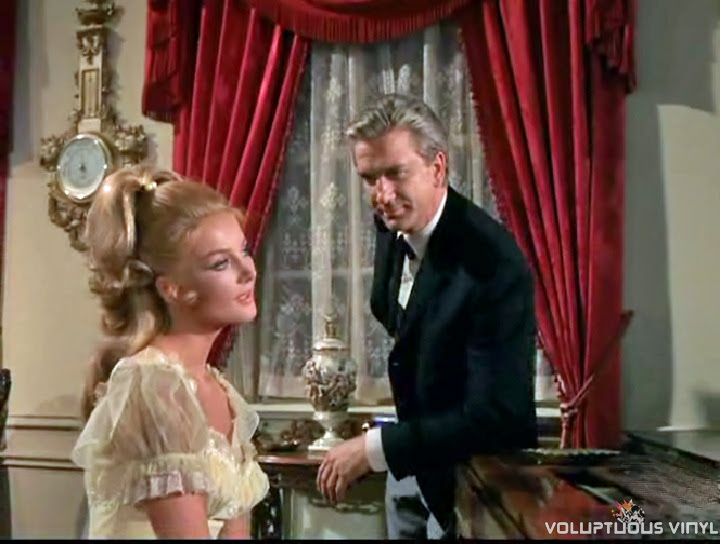 In an attempt to distract Winthrop while he tries to regain his money, The Virginian enlists the help of a French storekeeper he met back in Montana by the name of Marianne (Barbara Bouchet).  She agrees to play the role of his finance, and distract Winthrop in exchange for enough money to return to Paris.  Winthrop falls for Marianne as planned, yet she ends up falling for him as well, a twist of events that could potentially ruin The Virginian's plans. 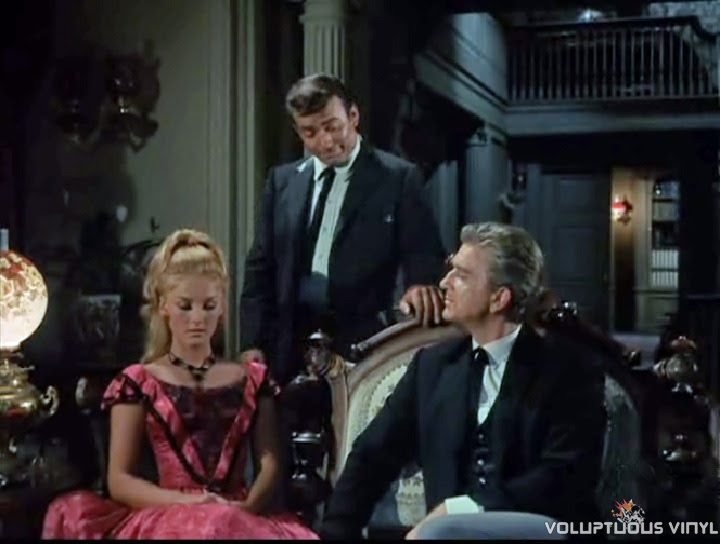 When it comes to westerns, both on the large and small screen, the extent of my enjoyment is usually gauged by the amount of action.  This is probably why aside from The Wild Wild West (the TV series not the Will Smith bastardization) and Clint Eastwood spaghetti westerns I've never been able to get hooked on any of the other westerns of the 1960's, which tend to be heavy on dialog and slow on pace.  Such is the case with The Virginian, and maybe even more so as the episodes run a full half hour longer.  The Fortress was interesting to a point, but hardly warranted such an extensive run-time, at a normal hour length maybe it would have worked.  Still it was interesting to see Nielsen is a serious role, and as a villain, he actually played it quite well. 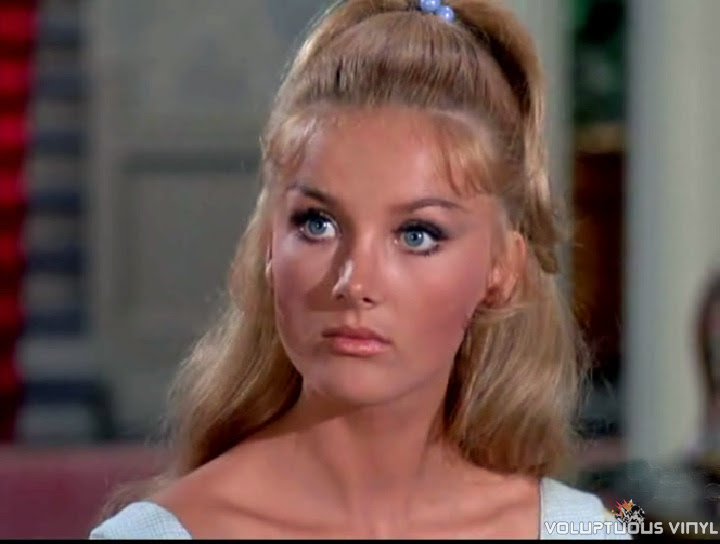 In terms of Barbara Bouchet's performance it was ironically not much different than her other TV appearances up to this point, as she plays a foreigner who ends up being a prima donna.  Aside from her stint in the episode, which is saved mostly for the second half, I would have given up about halfway through.  It's safe to say for someone looking to get a taste of the series this episode is might not be the best place to start, considering Drury is the only regular whose really featured, and it's not the usual setting of the series.  For a Bouchet fan like myself it was at least nice to see her in a different genre, one she won't revisit in the future, even if the character is a clone of past TV guest appearances.