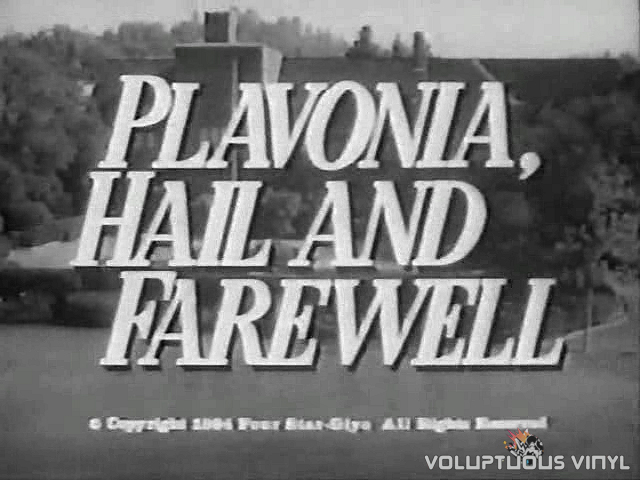 As is the case with many actors and actresses, Barbara Bouchet's first full fledged acting role came way of a guest starring appearance on a large network television series. 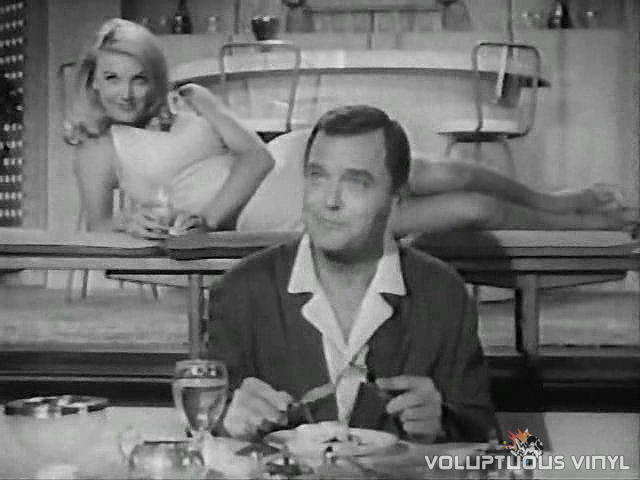 Airing from 1964 to 1965 on NBC, The Rogues starred notable film star David Niven (who also starred in Bedtime Story one of the film's Barbara Bouchet was an extra in), along with Charles Boyer and Gig Young.  The three actors portrayed three con-men and the series followed them on their exploits of tricking wealthy unsuspecting marks out of large sums of money (also very similar to the theme of Bedtime Story). 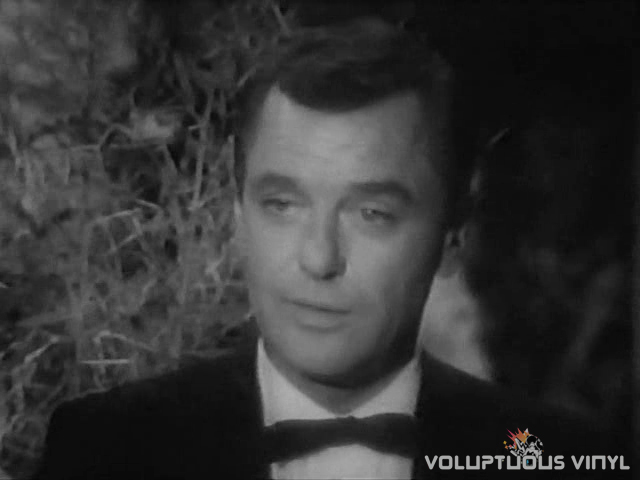 The oddest aspect of the series is that the three actors seldom appeared together.  With Niven and Boyer both being partners in the production company it seemed to provide them with the opportunity to appear on the show when they weren't filming other projects.  But while The Rogues won a Golden Globe in 1965 for best TV Series, it's likely the scheduling conflicts between the main stars probably was part of the reason why NBC decided to cancel it after one season. 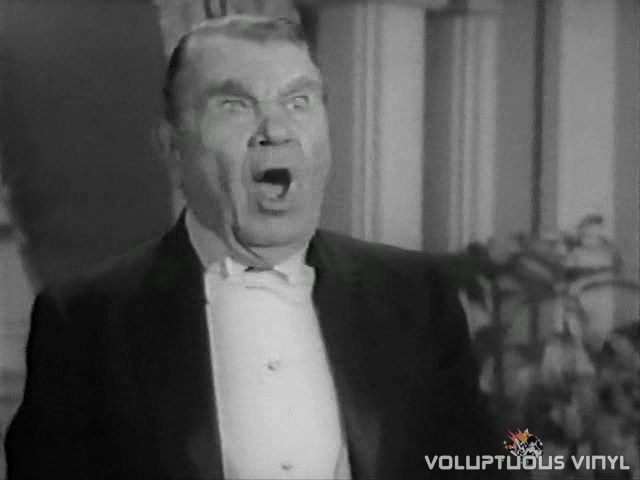 Episode 11 entitled Plavonia, Hail and Farewell sees Gig Young in the episode's lead role, as Tony Fleming, whose newest target is a flamboyant recluse by the name of Mr. Smith, a wealthy immigrant from the former country of Plavonia.  Tony's plan is to flush Mr. Smith out of his home by throwing a little party for the "last surviving member" of the Plavonia royalty, Tony's Auntie Margaret!  Tony goes undercover as wealthy international financier Roger Ryan, in an attempt to unassumingly get Mr. Smith to invest money in Ryan's latest venture (which of course doesn't exist) all in the name of helping out the last of Plavonia's royalty. 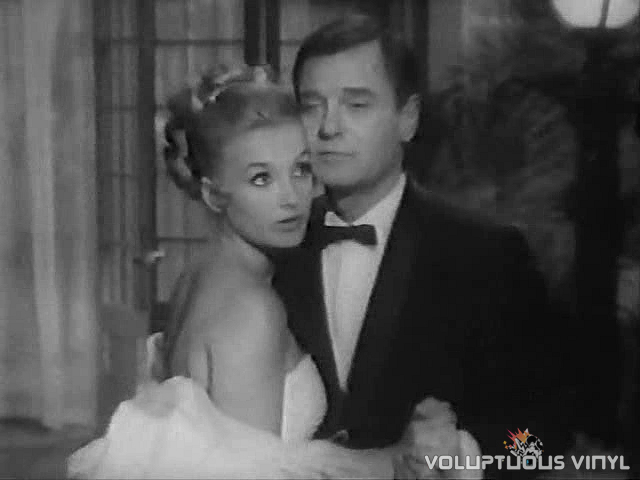 The scheme becomes more complicated when a lovely young woman by the name of Elsa Idonescu (Barbara Bouchet) crashes the party.  Tony instantly falls for the exotic beauty, but something about her isn't right.  Tony quickly learns what it is when he takes her home and finds himself trapped by a couple of low level criminals looking for a quick ransom for kidnapping the wealthy Roger Ryan.  Their request is $99,000; why not an even $100,000?  Well because they "aren't looking for trouble" and $99,000 can be split equally three ways!  Now not only does Tony have to con Mr. Smith, but con his way out of a ransom that no one has the money to pay! 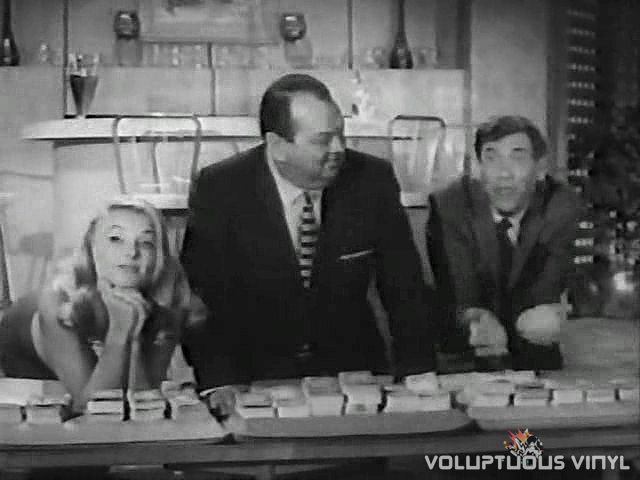 Never having seen an episode of The Rogues before jumping into the middle of the series made for an interesting experience.  The series could be described in so few a words as an incredibly cheesy conman comedy.  The supporting characters are outrageous and the dialogue is hilariously corny, yet at the same time it's quite entertaining.  For example Barbara Bouchet's character was a former worker in a machine gun factory before teaming up with a couple of bumbling confidence men who haven't had a score for twenty years!  The outrageous nature of the episode continues until the very end making for a fairly enjoyable romp. 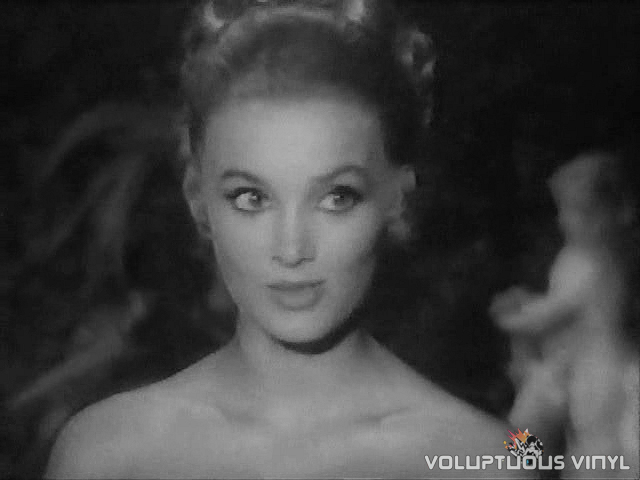 But of course the cherry on-top is the first real acting role for Barbara Bouchet, and may I say what a way to make a credited debut!  It's not much of a surprise that shortly after this her career began to see a major boost and her days of being an extra would soon come to a close.

Overall, Plavonia, Hail and Farewell was an entertaining forty-five minutes and has quelled my interest to seek out other episodes of the series.  If you're a fan of mid 1960's comedy capers this is a series worth checking out.  If you're a Barbara Bouchet fan you definitely can't go wrong with this episode!

Non commettere atti impuri (Don't Commit Impure Deeds) is a film that tries to be a commentary on society while explo...
Read More
Share 0 Tweet 0