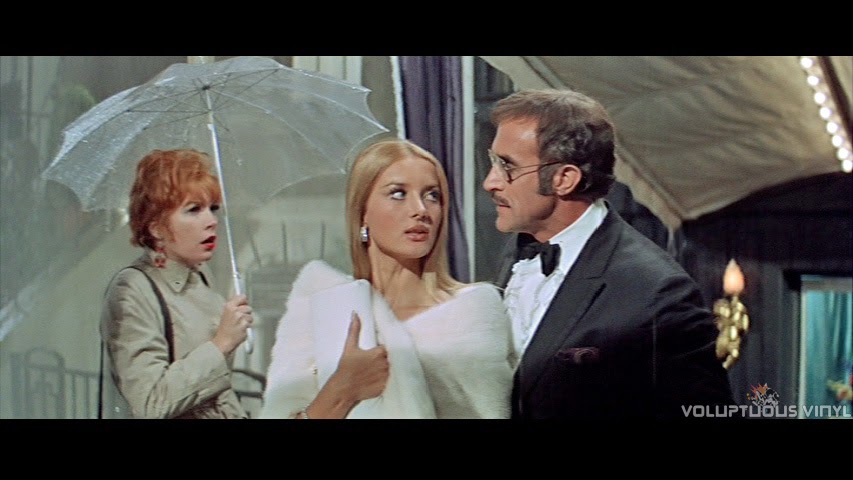 In this brief journey through the early Hollywood years of Barbara Bouchet I've discovered something I dislike more than musicals, Shirley MacLaine. Combine the two together and it's borderline torture.  Either by some horrible coincidence or someone really liked Barbara Bouchet, she managed to be cast in three MacLaine "comedies".  Unfortunately a spoonful of the lovely Bouchet can't help me stomach a third serving of Shirley MacLaine. 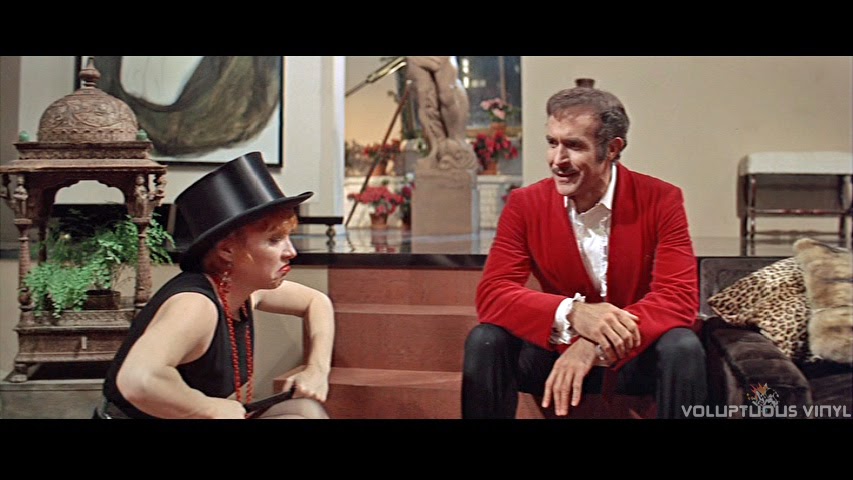 Charity can't even get a job on Fantasy Island.

Shirley MacLaine plays Charity, a dancer in a trashy dive.  The film at times hints there's more than dancing going on, in an attempt to portray a tarnished background of the character, but it's hard to accomplish that when you're putting a G-rated spin on it.  Charity doesn't have much to show for her life, with no education and no marketable skills she's left in a dive she desperately wants to escape from, and every-time a glimmer of hope comes her way it's quickly snubbed out and she's brought back to reality. 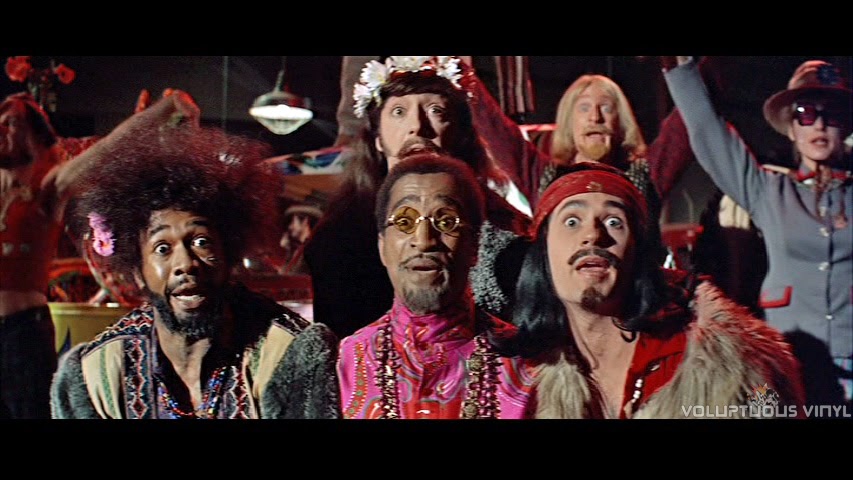 Sweet Charity is supposedly a musical reinterpretation of Nights of Cabiria, an Italian drama by Federico Fellini, which I can only assume is leaps and bounds better than this.  It's quite hard to think of much to say about this film because it offers so very little.  MacLaine is one of those comedians you either love or hate, and to me she's always been a wannabe Lucille Ball, constantly playing the same type of loud mouthed ill mannered characters.  Throw her into a film with numerous sub stories that recycle the same resolution, an ending that makes you ask yourself why you bothered sitting through this, and a half hazard song and dance thrown in every 25 minutes just to be able to call it a musical and you've got Sweet Charity in a nutshell.  Even by musical standards its all pretty pitiful. 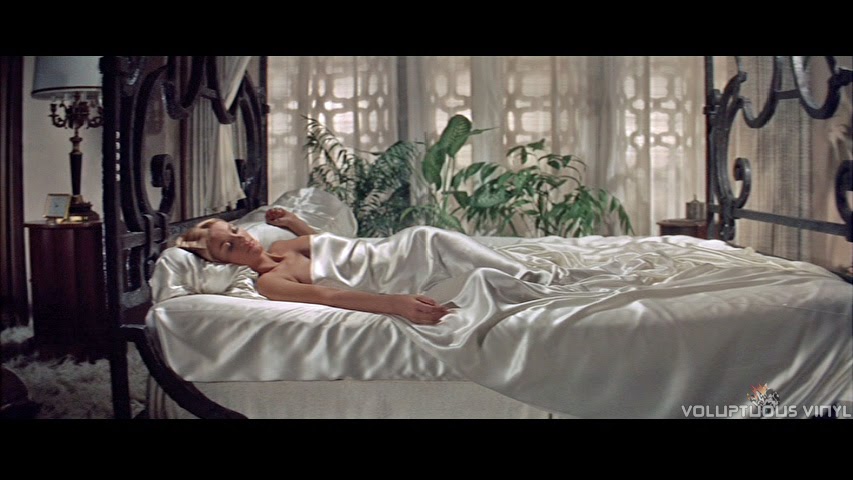 Bouchet and silk sheets... you can stop the film right here, this is as good as it gets.

Barbara Bouchet's  brief appearance is at the beginning of the film.  She plays the stuck up, jealous girlfriend (Ursula) of famous Italian actor Vittorio (played by Ricardo Montalban). She throws a fit outside a restaurant Charity is walking by.  After storming off Vittorio invites Charity to accompany him for the evening at a club and eventually back to his apartment, where later Ursula shows up and Charity spends the evening locked in Vittorio's closet, while he and Ursula "wrinkle the sheets". 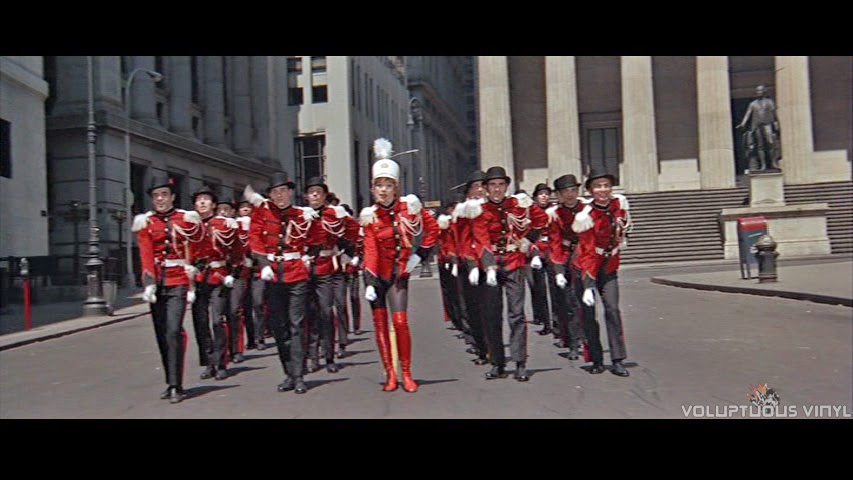 This or a critically acclaimed Italian drama?

Granted I went into Sweet Charity with a biased opinion on both musicals and Shirley MacLaine, and I doubt little much could have persuaded me to REALLY find a whole lot of enjoyment in this film.  But lets face it, some things simply shouldn't be reinterpreted into comedic musicals starring Shirley MacLaine, and a Fellini film should be somewhere near the top of that list.  Unless you're a die-hard MacLaine fan, or someone who'd go see about anything in musical form this one is a definite pass.