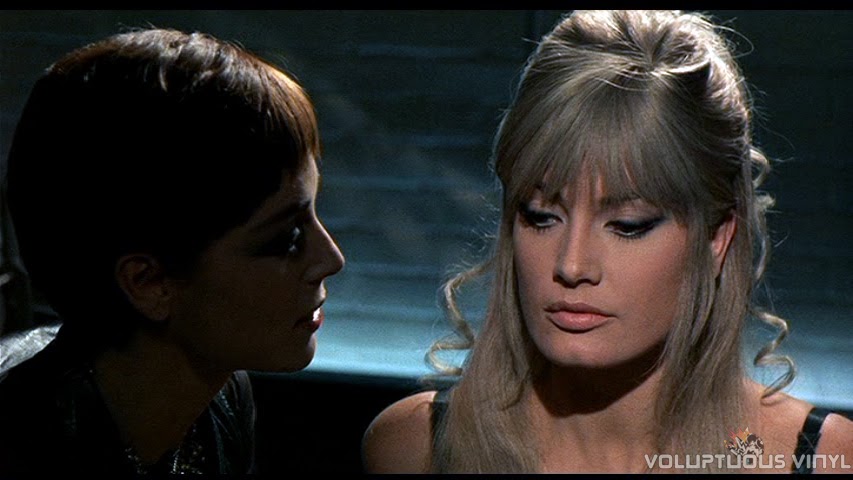 One of the largest genres of Italian cult cinema during the 1960's & 70's was known as Giallo.  They were thrillers that could be considered the closest international ancestor to what is now commonly referred to as a "slasher" film.  Many top cult actresses of this time played a large role in solidifying the success of giallos one being Austrian actress Marisa Mell.  One on Top of the Other (aka Una sull'altra or Perversion Story) is highly regarded among giallo fans as among one of the top films of the genre, by setting aside the typical stereotype of gory murders and brings a unique and stylistic feel of the modern day mystery/thriller to the genre. 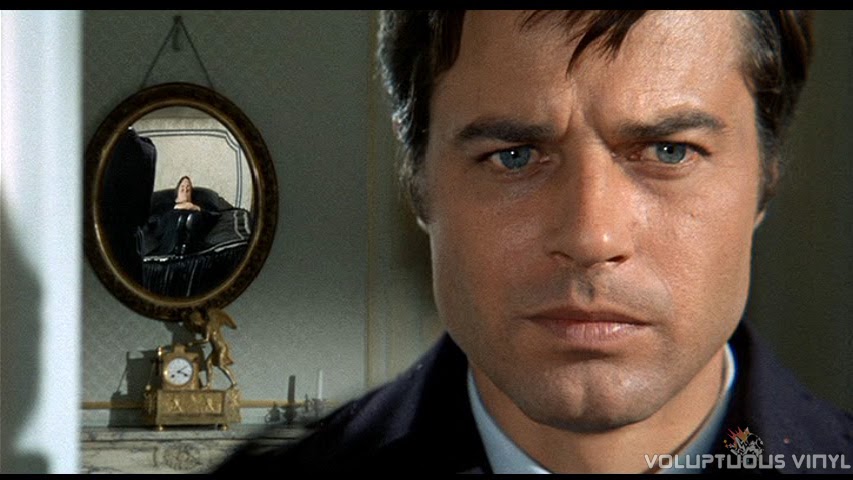 George Dumurrier (Jean Sorel) owns and operates a medical clinic in San Francisco.  George is young, enthusiast and a little in over his head when he plants false stories of a planned heart transplant in the newspaper to drum up publicity for the clinic.  At the same time he's cheating on his ailing wife Susan (Marisa Mell), who shortly into the film suddenly dies while he's with his mistress Jane (Elsa Martinelli).  George is stunned to learn Susan made him the sole beneficiary of a two million dollar life insurance policy, after it was clear their relationship was on the rocks and that Susan despised him for his indiscretions.  But this inheritance may end up being a curse, as such a large insurance policy, and his wife's sudden death puts George under the microscope of an insurance investigation. 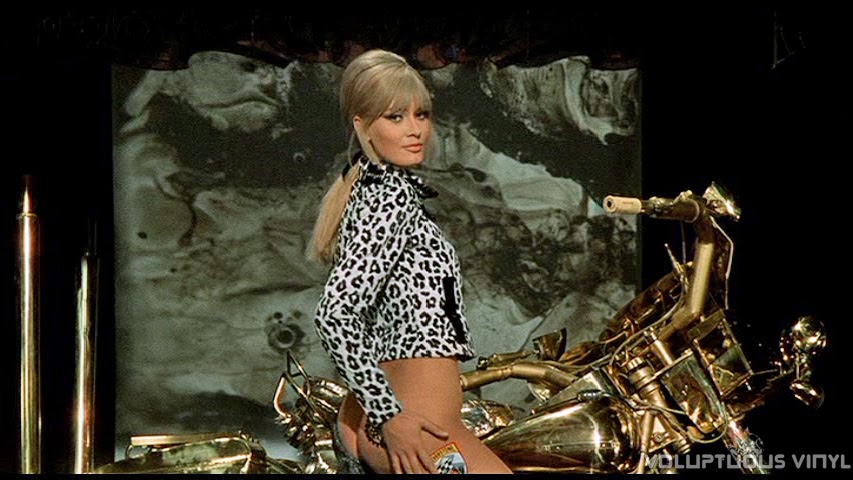 If George's life isn't crazy enough it's about to get worse.  An anonymous phone call suggests he might find something interesting at a local strip club.  When he arrives he discovers the night's main entertainment is a performance by Monica Weston, a women whose the spitting image of his dead wife.  In terms of personality Monica is the complete opposite, but the looks are strikingly similar except for her platinum blond hair and striking blue eyes.  Even once George has convinced himself this is not Susan in disguise he's too entranced by her to stay away.  But George's cavorting with a women that looks exactly like his wife, following her death, and two million dollar insurance policy, doesn't play well into the insurance fraud investigation especially when the investigation into his wife's death seems to point to murder, and he becomes the prime suspect. 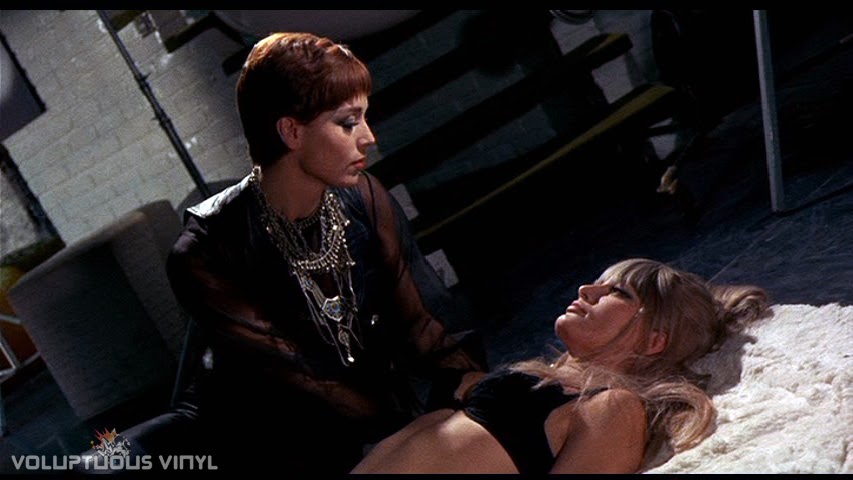 It's easy to see why One on Top of the Other ranks among the fan favorites.  Written and directed by Lucio Fulci (who also directed Don't Torture A Duckling, another great film) One on Top of the Other has a more Hitchcock vibe than most of the other films in the genre.  There's very little (if any) gore and all the murders are off screen leaving the film to depend on the quality of the acting and writing to succeed in keeping the audiences attention.  Fulci does a marvelous job of doing this by weaving throughout the film various stylistic camera shots, flowing flawlessly amidst the funky late 60's flavor of San Francisco, all wrapped up in a fantastic jazz/pop soundtrack and a rainbow of colorful costumes and sets.  But top honors go to Marisa Mell, who owns her roles and steals the show. 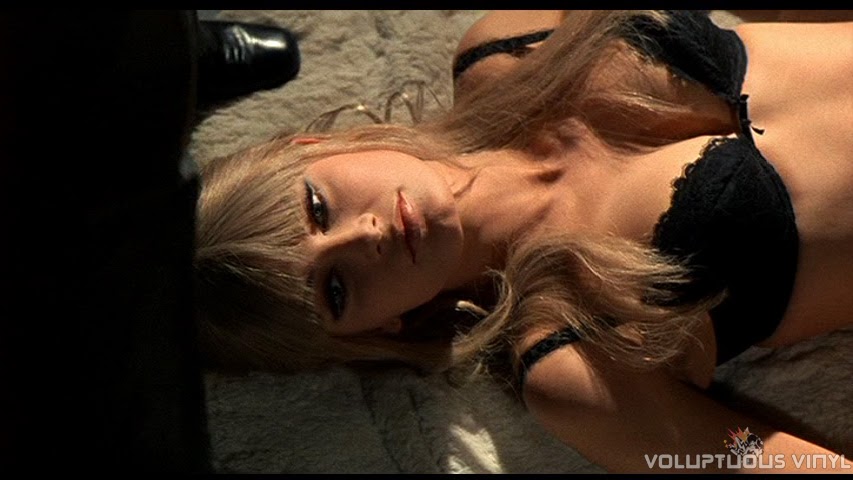 With over sixty films in her catalog Marisa Mell was no slack when it came to acting.  Unfortunately her unwillingness to be tied down to a Hollywood studio contract, which during this era usually locked actors to a certain studio for multiple years, didn't open up very many doors for roles in the states and therefore limited the quality of films she ultimately received billing in.  But anyone mildly familiar with her career knows One on Top of the Other ranks up there with Danger Diabolik (which interestingly enough in it's development stages had originally cast Mell's co-stars Jean and Elsa for the lead roles) as not only one of her more well know roles but one of her most note worthy performances. 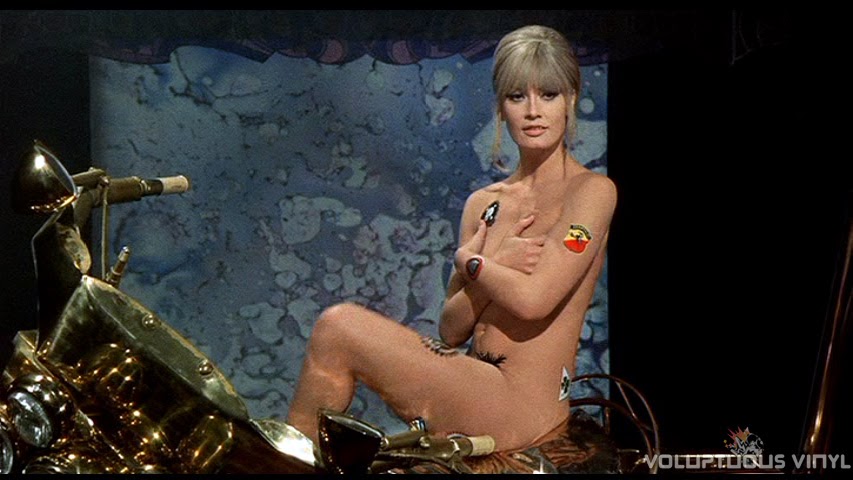 It's truly unfortunate someone like Marisa Mell didn't receive the career she probably deserved, but it doesn't stop one from enjoying what she did help create, and in the case of One on Top of the Other the melding of Fulci's direction and writing combined with her pure exotic stage presence shows a glimpse into some of the best years of her career.  The dual character of Susan and Monica was a perfect role for Marisa, she oozes a raw sexuality in general and playing a sort of sexually uninhibited, and mysterious character seems quite natural for her. 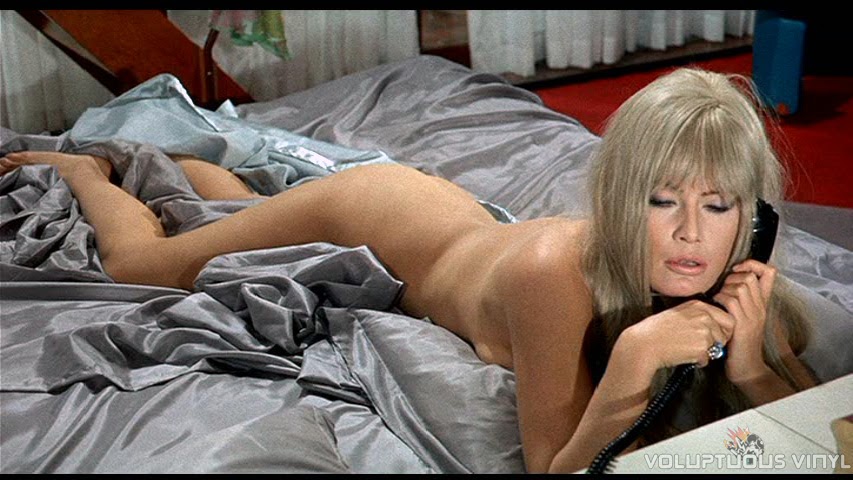 With One on Top of the Other while it's clear something sinister is going on the story is never too predictable, and when the wool is finally lifted over the audiences eyes the twist is well executed, the conclusion nerve racking and satisfying.  Fulci is among my favorite Italian directors, right along side Mario Bava, and the inclusion of Marisa Mell simply makes this film one not to miss if you're a fan of Italian thrillers.  Hopefully at some point the film will received a long awaited Blu-ray release.

William Bumiller is the owner of a state of the art health club in Los Angeles, California that is managed almost ent...
Read More
Share 0 Tweet 0