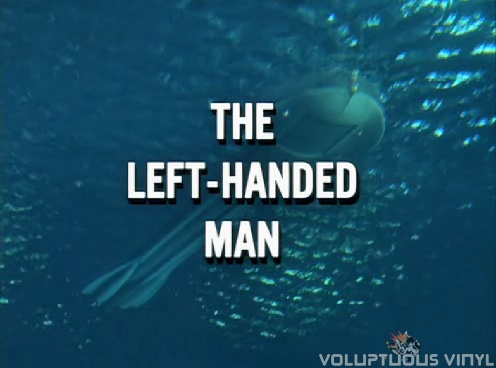 Irwin Allen was the master of 1960's science fiction television, creator of The Time Tunnel, Voyage to the Bottom of the Sea, Land of the Giants, and my personal favorite Lost In Space, one of the greatest science fiction series of all-time.  But today we take a brief look at The Left-Handed Man, an episode from one of Allen's longest running series, Voyage to the Bottom of the Sea, the second TV appearance review in our Barbara Bouchet review series. 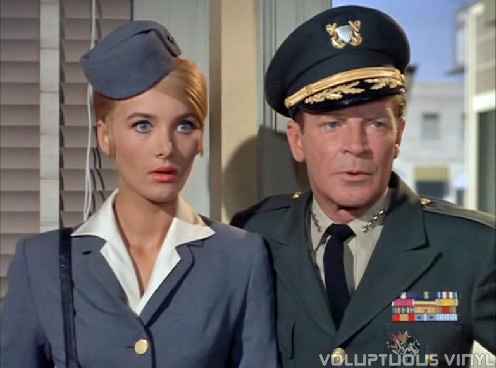 The Left-Handed Man centers around series star Richard Basehart, who plays Admiral Nelson, he's approached by Tippy Penfield (Barbara Bouchet) in an attempt to get the Admiral to bring crucial evidence to light that the President's new appointment of Secretary of Defense (her father) would be an extremely dangerous move.  She provides him with proof that her father is secretly in league with Noah Grafton a known communist sympathizer, who is using her father's position to gain secrets into the United States top secret programs such as Seaview.  This is enough information to get Nelson to act, but he quickly learns he's gotten himself deep into a situation that could cost him his life.  One of Grafton's goons, a one armed man with a poisoned dart gun for a second arm, makes Nelson his next target! 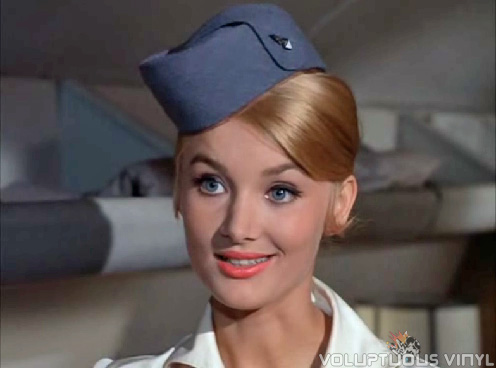 The Left-Handed Man is my first introduction to Voyage to the Bottom of the Sea, and aside from Lost In Space I had never been overly enthused to delve into any of Irwin Allen other accomplishments.  So on that note I can't express an opinion on how well this episode represents the series as a whole.  But on its own merit it held my attention and while it didn't focus much on underwater adventures, which is what I assume the series mainly focuses on, it did have a decent amount of action centered around the man with a dart gun arm (which was quite amusing) and then of course the inclusion of the lovely Barbara Bouchet. 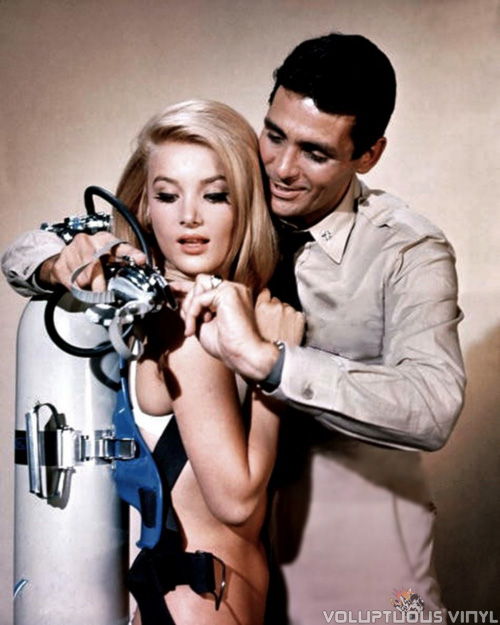 Even as a still relatively unknown actress Barbara Bouchet's beauty was garnering her work, and her employers where definitely making use of it!  For instance the above promotional photograph for Voyage to the Bottom of the Sea is great, but unfortunately blatantly misleading.  Not only is the shows co-star (David Hedison) not even in this episode but Bouchet never once makes a Domino (Thunderball) type appearance wearing a striking white bikini and scuba diver tank.  The series of photos, one which would be featured on the cover of a Japanese movie magazine, are great but definitely leave you a bit disappointed as you expect them to actually tie into the episode! The episode as a whole was average, the slight twist at the end was interesting but not overly surprising.  Bouchet's role was a little smaller than I had expected but still made the episode enjoyable.  Still out of her two television appearances thus far I'd go with her longer role in The Rogues as my favorite.  You can watch the full episode of below and see for yourself.  Let us know what you think!

Strap on your sidearm, light up your cigarette, slap around a few prostitutes, and be hypnotized by the writhing of B...
Read More
Share 0 Tweet 0