Label: Jupiter Records - 6.13171
Format: 7" / 45 single
Country: Germany
Year: 1981
Genre: Disco
In addition to being a general fan of popular music I've always been a big movie buff.  That interest lead me into a whole new dimension when I purchased a box set of 250 public domain horror films put out by Mills Creek.  Prior to this I was mainly interested in mainstream big budget blockbusters, but this set opened up a whole new world of what could be referred to as B-movies from around the world.  To make a long story short, through a lot of web research I quickly became enamored by the low budget films and actresses out of Italy in 1950's-70's.  One of those actresses was Marisa Mell, my interest in her and her filmography lead me to get into vintage movie poster collecting (with a focus on posters out of Italy) and then I discovered she released a two track single, and my vinyl voyage began... 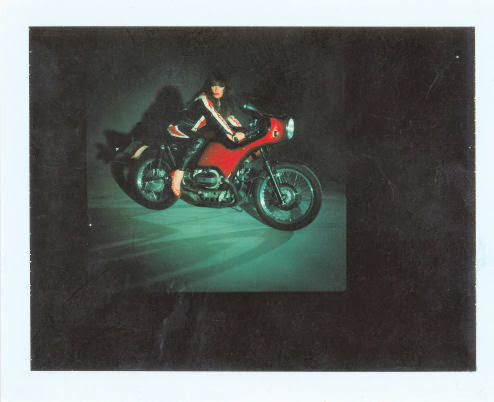 Which leads us to the first record I purchased, Marisa Mell's sole release of a 7" 45rpm single. Personally I'm not a big fan of singles.  I can't bring myself to spend 99 cents on one individual MP3 so paying some of the ridiculous prices singles go for, which can sometimes be more than an LP that the same song might also be found on, is usually of no interest to me.  But on the rare occasions when and individual never released a full album I tend to make an exception. 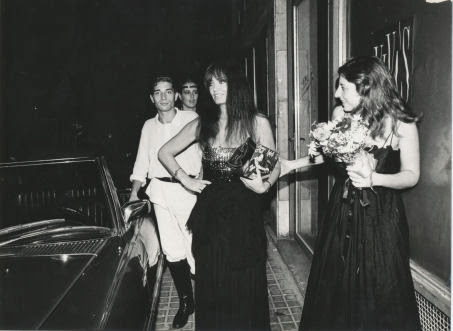 Marisa Mell is likely widely known for her role in the Italian cult comic book film Danger Diabolik, also was a pretty big star in the lower budget film market within Europe during the 60's and 70's.  But by the 1980's her career had peaked, years of substance abuse and bad relationships had taken it's toll leaving her financially crippled, and she started accepting jobs to do just about anything she could get to make ends meat.  One of those opportunities that came her way was the prospect of recording an album.  A German producer by the name of Ralph Siegel, looking to capitalize on someone's fame anyway he could, offered Marisa a contract with the hopes that there was still a little bit of money left to squeeze out of her name.  She had nothing to lose and needed the money, recorded the two tracks: Lady O and Slave of Love. 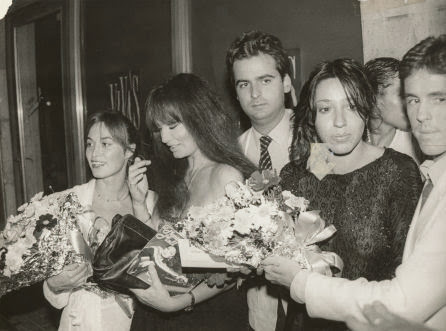 The record was an utter failure, and Marisa's contract was dropped.  While there is nothing overtly special about the record, it sort of stands out as one of the last gasps of re-claiming the fame that was quickly eluding her.  Looking at the record through the eyes of a fan of hers I do have sort of a different appreciation for it though.  While the two songs are far from perfect, they aren't horrible.  Considering disco was pretty much becoming a genre of the past in the 80's and Marisa's film career was over, I'd put more blame on that combination than I would the songs. I'm actually a little disappointed she never had the chance to record a full album, I would have enjoyed listening to it.  Still this 7" manages to garner a decent price tag in the open market, not too bad of inflation for a critically panned failure. After another long hiatus Janet is back with her recently dropped single Made For Now, a very poppy dance beat track ...
Read More If you're over the age of twenty and you've never seen the Disney Channel show Girl Meets World you're likely not fam...
Read More
Share 0 Tweet 0