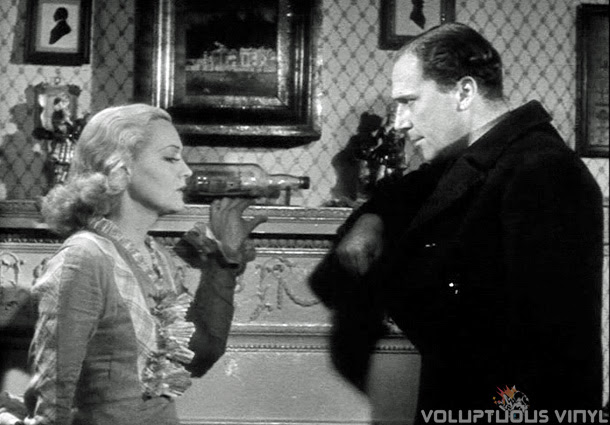 Long before British film company Hammer became known for it's cult classic horror films they started in humble beginnings producing mysteries.  While technically Phantom Ship is the second Hammer film, their very first theatrical release, The Public Life of Henry the Ninth, has been MIA for decades.  So for the sake of argument Phantom Ship is the earliest Hammer film that will likely ever see the light of day.  And it's ironic that one of the classic actors in cinematic horror film history is the lead character in the film that literally launches a production company that will be considered one of the leaders in British cult horror decades later! 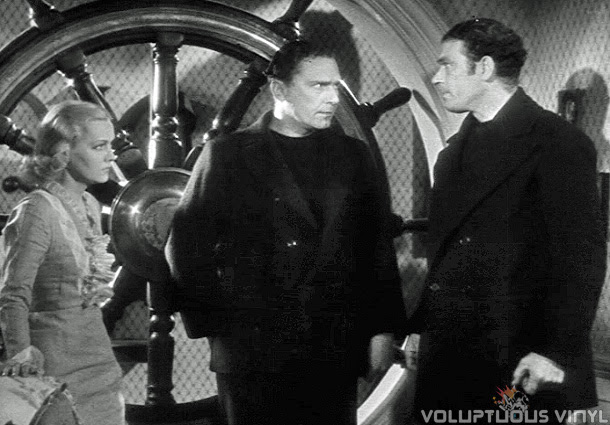 Phantom Ship or The Mystery of the Mary Celeste (as its known in Europe) is Hammer's dramatization of one of history's most famous nautical mysteries.  It was in 1872 that a British cargo ship was discovered at sea, a month after it's voyage began, without it's crew.  Captain Benjamin Briggs (Arthur Margetson) set sail with a cargo of alcohol, his wife Sarah (Shirley Grey) and a shanghaied crew (a quickly assembled crew, where some were forced to serve).  Among the crew was a man by the name of Grot whom Briggs had obtained through his sailor friend Jim Morehead.  This was a rather fool hearty move seeing that Morehead was essentially on the outs with Briggs for recently marrying Sarah, whom he also loved and had planned to marry.  His ulterior motive in allowing Grot to serve on the Celeste was simply to make sure Briggs never made his destination alive. Another notable crew member was Anton Lorenzen (Bel Lugosi), a one armed sailor, dirt poor and recommended to Briggs by a bar owner friend of Lorenzen.  After hearing the name Mary Celeste it's clear that there was some unrequited history between the old sailor and this ship.  As the crew sets sail a seemingly uneventful journey quickly turns into a high seas murder mystery as people begin to die and the crew begins to turn on one another! 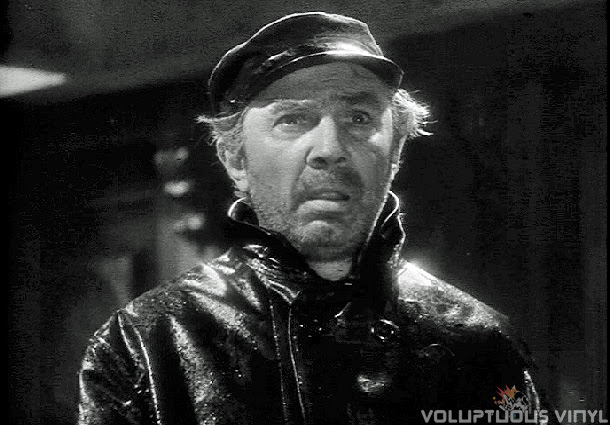 A film adaptation of the mystery of the Mary Celeste had been on the minds of many Hollywood studios, including MGM, but in 1935 Hammer took the lead by signing Bela Lugosi as the star.  Around this time Lugosi's career had begun to show signs of waning and he was looking for an out from his typecast roles as a B-movie actor.  Some claim Lugosi might have been aware of Hollywood's eagerness to produce a film based on the Mary Celeste, and wanting to be apart of something big immediately jumped at Hammer's offer without bothering to read the script.  Obviously this didn't turn out to be the smartest move, at least in Lugosi's mind, as it's said he was quite disappointed with the film (because it wasn't a big time production) and later hated talking about it. Still the film was met with mostly favorable reviews, especially regarding Lugosi's performance. 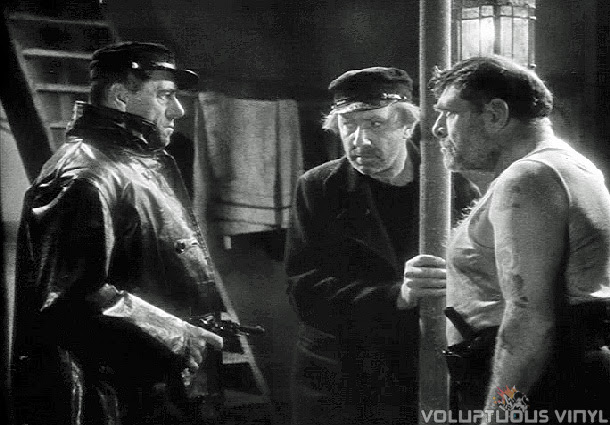 Not being a connoisseur of films pre-dating the 70's, it's always an interesting experience to sit down and watch something that's now 75 years old.  Surprisingly Phantom Ship ended up being a lot more enjoyable than I expected it to be, I was expecting it to be boring.  Still the film is no crowning achievement, in fact it's got quite a few faults, some of which could possibly be excused based on the early era of film making.  The largest bump is the muddled accents of a majority of the actors making it essentially impossible to discern a lot of what's said, leading to a little confusion when someone dies (which is usually off screen) and you don't know who they're talking about, or when a character says something that's key to the advancement of the story and you can't make out what they said.  This isn't the fault of the film's audio quality (which amazingly for it's age is pretty good) but the actors themselves.  Luckily it doesn't ruin the film, eventually you'll figure out what's going on, but it does make grasping certain information a little more confusing than it has to be. 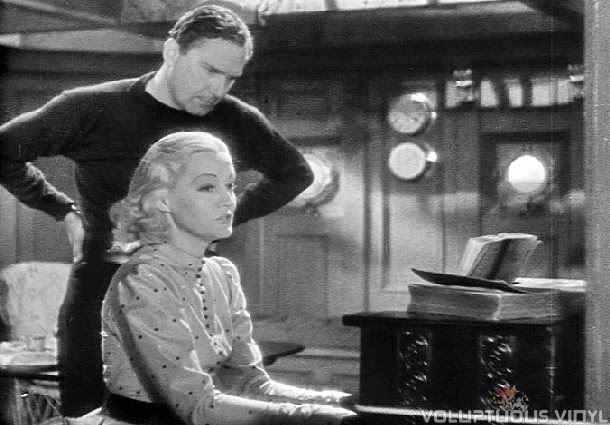 The film also suffers from the rather usual issues seen in films of this era, which include a choppy progression of the story, and at times some extremely awful over acting, mainly on the part of Arthur Margetson and Shirley Grey.  The two actors married in real life in 1936, but like Shirley's first two marriages it didn't last long.  Phantom Ship was Grey's last film, she was in 46 films from 1930-1935 then she seemed to drop off the face of the Earth, following three failed marriages and her only son dying in 1945 she became a recluse and died in 1981. It's an interesting side note as Hammer will later become quite infamous for it's actresses with interesting and mysterious private lives. 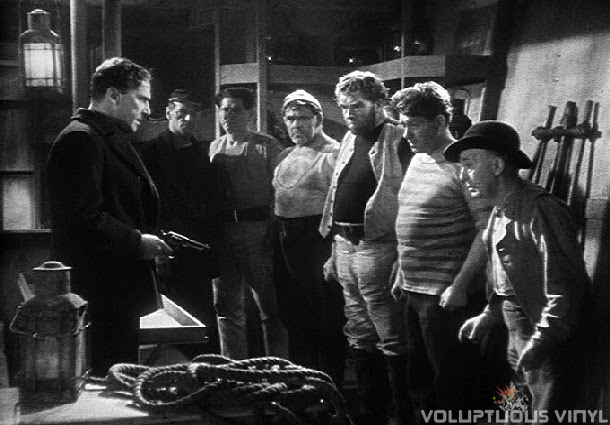 Overlooking some of the film's faults, for Hammer's second endeavor Phantom Ship is an interesting film and definitely a recommendation for those who are into early "classics", and even though I can't bring myself to give it extremely high marks it's still worth checking out.  As for the film's legitimacy in terms of an explanation of the real mystery of the Mary Celeste, Phantom Ship is definitely an over dramatization, and as with any re-telling of historical events it's hyped up quite a bit.  In reality there was no "love triangle" between Briggs and Morehead, and Briggs had been married to Sarah long before their disappearance, in fact they even had two children, the youngest was with them on the ship.  Still it's possible similar events could have been in the realm of possibility since no one has truly been able to solve the mystery and come up with a concrete explanation.  In the end, I'm amazed that in 75 years this is the only major film that has ever attempted to give a possible explanation for this historic mystery, and for that it's probably well due the label of "classic" Hammer.